The Lagos State Commissioner of Police, Hakeem Odumosu, on Tuesday, said two of the students allegedly named by a deceased student of Dowen College, Lekki, Lagos State, Sylvester Oromoni (Junior), have been arrested.

Odumosu noted that another student and three house masters were also assisting the police with investigation.

He said, “One student was invited and two arrested; they are three, so one is assisting us. We just started the investigation. We have two in detention, while the other one is just a witness to throw some light on what happened.

The Telegraph also learnt that the police invited the parents of the deceased student for a meeting on Wednesday to aid the ongoing investigation.

The news of Sylvester’s death went viral last Wednesday following a social media post by his cousin, Perry Oromoni, who alleged that some senior pupils of the college beat him up in his hostel because he refused to join a cult.

He also said the victim named five of them before his death.

But the school denied the claim, saying Sylvester complained of leg pains following an injury he sustained while playing football.

The state government, on Friday, ordered the indefinite closure of the school pending the outcome of an investigation into the matter.

Officials of the Lagos State Ministry of Education stormed the school in the early hours of Sunday and sealed the premises.

The Falana and Falana Chamber, on behalf of the family, petitioned the chief coroner of Lagos State on Monday, demanding an inquest into the death.

Our correspondent learnt that the coroner had invited the chamber for a meeting on the matter.

Meanwhile, the House of Representatives has called on the Inspector-General of Police, Usman Baba, to take over the case of the Junior Secondary School 2 pupil.

The House also called for stricter regulation of schools and their boarding facilities by the Federal Government.

The House also mandated the “Inspector General of Police to immediately commission and take over the investigation, prosecution and punishment of the perpetrators of the identified heinous crimes.”

Furthermore, the House mandated its Committees on Education; Youth Development; and Women Affairs and Social Development to follow up with the investigation, set up a committee to brainstorm and come up with modalities and report to the House within two weeks. 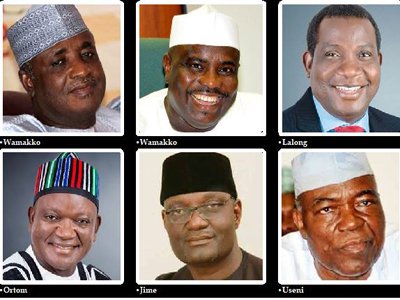