Alhaji Lai Mohammed, Minister of Information and Culture was a guest on Weekend File, a programme on Nigerian Television Authority (NTA), where he addressed salient issues on the ongoing #EndSARS protests across the country. RAYMOND ADEBAYO who monitored the session for The Telegraph brings the excerpts:

The ongoing #EndSARS protest across the country is assuming a frightening dimension with the viral videoontheattackontheGovernor of Osun and his entourage by suspected hoodlums. As the Minister of Information, are you not worried about that development?

I think after seeing the video clip on the assassination attempt on the governor of Osun state, there is no doubt whatsoever that the #EndSARS protest has been hijacked completely. The original conveners of #EndSARS might have meant well but what we have witnessed in the last few days has really shown that they are no longer in control of the protest and that, hoodlums and other people with different agendas have completely taken over this protest. Peaceful protest is an integral part of democracy and that is why the Federal Government in the last 11 days has treated the protesters in a much-civilized manner. They came with five demands originally. The first demand was that all protesters arrested must be freed. The second demand was that there must be justice for the victims of the disbanded SARS and that adequate compensation should be paid to their families. Their third demand was that there should be an independent committee to oversee the investigation and prosecution of any member of the disbanded SARS that was found guilty or accused of extra-judicial killings. The fourth demand was that the salaries of the police should be increased and they should adequately be compensated for protecting the lives and property of the citizens and the fifth demand was that all former personnel of the disbanded SARS must undergo psychological and medical before they are redeployed to other services of the police and this should be verified by an independent body.

What has been the response of the federal government so far to these demands?

The federal government has responded to all their demands. On the 11th of October, the Inspector- General of Police (IGP) announced the dissolution of all SARS officers in every state of the federation, including the FCT. On 12th of October, Mr. President himself personally intervened on the #EndSARS protest when he said the disbandment of SARS is only the first step in the comprehensive reform of the Nigerian Police and that this reform will not end until every policeman understands that their first and primary mandate is the protection of lives and livelihood. He went further to say that all those who are found to have abused their office will certainly be made to account. On the 13th of October, the IGP invited all former personnel of SARS to the headquarters to submit themselves for debriefing and also for medical evaluation, which is geared towards retraining them, re-orientation, and then dispersing them into other police unit areas. On the 15th of October, the National Economic Council (NEC) resolved that with immediate effect, all state governors should set up a Judicial Panel of Enquiry to investigate all cases of abuse and extra-judicial killings by the police in all the states of the federation and the FCT. It also said the composition of that panel will include representatives of the youths, Civil Society Organisations (CSOs), students and it will be chaired by a retired state High Court judge of repute. The NEC went further to state that each state government must also put in place, special security and human rights panel that will oversee the conduct of the newly set-up Police Special Tactical Unit. Again, the composition of that unit includes youths, CSOs, and the Commander of the state tactical unit. Finally, the NEC mandated every state governor to take control and initiate contacts and dialogue with the protesters in all their states, including the FCT Minister. In addition by NEC also that every state government should set up a Victim Support Fund so that those who have been victims will be compensated adequately. Against this background, I do not see any reason, if in truth, the idea of the protest is #EndSARS; If it is to meet the five demands of the #EndSARS group, the response of the Federal Government has more than met those demands. I also want to put on record that the federal government, and here I want to congratulate the IGP; the police have behaved in an extremely responsible and responsive manner despite obvious provocation.

Why do you think the youths are still on the streets protesting despite the meeting of their demands by the federal government?

What we have today is that once every demand of the group is being met, another demand is thrown up. One begins to wonder, what really is the intention of the group? Now, a lot of lives have been lost since this protest started, not as a result of police brutality. No! When roads are blocked, not only can you not go to work; there is a reported case of a pregnant woman that died in an ambulance on Friday because the roads were blocked. Now you can see what happened in Osogbo when the governor was attacked. Is that an #EndSARS protest? Anybody who has been watching this saga will see that they even now saying ‘Oh, we are coming for you. We are going to also discuss the issue of fuel increase, what we call deregulation. We are going to visit the salaries of serving senators. This now begins to give the government more concern, that is it really about #EndSARS? Is it really about checking the abuse of the police?

Like I said at the beginning, whatever might have been the intention of the original conveners of #EndSARS, it has been taken over by other dark forces. If you look at what happened to the governor of Osun state, how is that worse than the same abuses they were complaining about? You are complaining about extrajudicial killings by the police, one of the main reasons why they said we should disband SARS, which we did. What they were trying to do, what was that? Many innocent Nigerians today, either trekked to work or don’t go to work at all. We have nothing against anybody protesting or demonstrating but there are civilized ways of doing so. Go to a venue or park where you are not going to disturb other Nigerians because where your own rights stop, another person’s rights begin. But when you look at what we see today, things have gone completely beyond peaceful protest; it has gone beyond excesses and abuse of power by the police, it has gone beyond asking for reforms. This is because we have granted each and every demand they’ve asked for. Now, every day they are expanding their demands. It was five-for-five, now they say it is five-for seven. There is nowhere in the world where a government will fold its arms and allow the country to descend into anarchy as we saw in the video clip on the governor of Osun state. What could be responsible for that because according to the story, he was addressing the #EndSARS protesters after singing solidarity songs with them, and then he was attacked with guns and cutlasses. What are we talking about? Honestly, the conveners of #EndSARS should understand from this moment that they are no longer in charge. They are no longer in control. If they have a good organization, which I presume they do have, they should understand that this matter has gone beyond them and that if it descends further, the responsibility will be theirs. Because even if people were annoyed with the government before, assuming and without conceding, they are using the platform of #EndSARS. There is nowhere in the world where people don’t have issues with their governments but you talk and negotiate. What we see here is that the entire #EndSARS is just a smokescreen to undermine the government.

Having done the needful, how much more democratic do you think Mr. President be?

I think that question is what we should ask the #EndSARS people and all those who are protesting. If you bring five demands and we meet all your demands; and we are not talking about promising you. The NEC directed governors with immediate effect to establish contacts with the protesters and engage them and we all saw Lagos state governor, Babajide Sanwo-Olu doing so. That was what the governor of Osun state was trying to do when he was attacked.

Where do we go from here because it looks like the situation is getting out of hand?

Well, I think we are no longer dealing with #EndSARS. We are dealing with a volatile situation, a situation that can lead to anarchy if the government does not take some very firm steps to protect the lives of innocent Nigerians, to protect their lives and their livelihoods. Schoolchildren will resume very soon. How many of them can go to school? Since last week, most children have been staying at home. Now, if the purpose of this protest is to meet your demands and that demands have been met and made public, and governors have been given marching orders, for crying out loud, if you are sincere from the word go, why don’t you give those undertakings a chance? We can’t go higher than what we have done. The meeting of NEC comprises all governors of the country, presided over by the Vice-President. A communiqué was read out and we have started the implementation. We’ve asked all state governors to set up a Victims Support Fund; all state governors, not only are you going to have a judicial panel of inquiry, but the composition must comprise of youths, students, and CSOs. 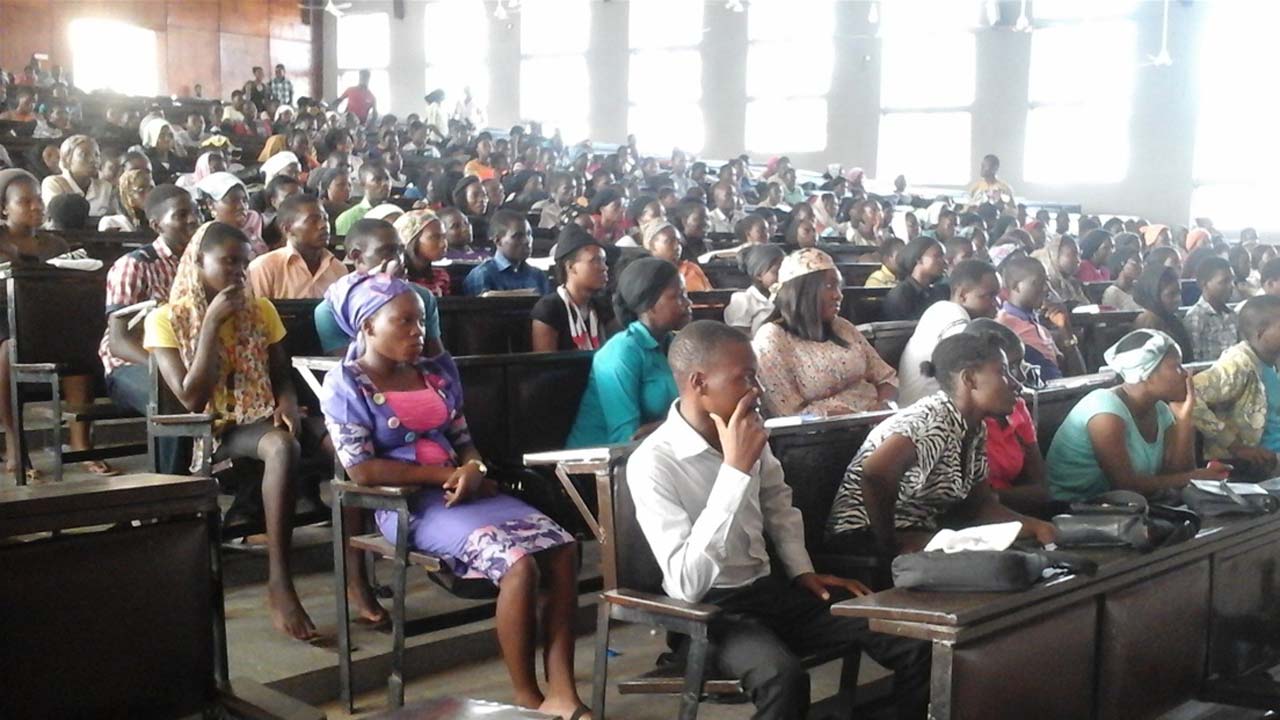 ASUU, strike and future of education