It is absolutely impossible to view the recent spate of killings and sundry mayhem inflicted on fellow Africans from other countries by native South Africans as anything other than an African tragedy of unimaginable proportions.

It is an absolute disgrace that Africans would turn against each other or against themselves for reasons that, on rational analysis, insult both common sense and sense of history.

It is a tragedy that a people who set so much store by their common heritage would lose their souls and their heads, forget, in anger because of hunger, the ties that bind them and put each other to the knife for a piece of meat.

Such violent attacks on fellow Africans as have been witnessed put at risk the much-desired African unity and renaissance, including the implementation of recently instituted African Free Continental Free Trade Agreement and even the lofty plans of the African Union in the years ahead. In fact, the attacks debase the renowned superior humanity of the African. Never again must such be seen on the continent or anywhere for that matter.

Indeed, the attacks amount to a casual, wave-of-the-hand dismissal of the monumental sacrifices of heroes who envisioned and fought for an Africa in freedom as well as prosperity, a desecration of the graves of the departed amongst them and a disdainful hiss at the living ones.

Are foreigners really such a threat to South Africans? It cannot be evidentially shown that self-employed small business owners from sister African nations take away jobs from the natives. And it cannot be objectively defended that Nigerians, Zambians, Ethiopians are the only people polluting South Africa with acts of criminality. No. There is ample record that murder, rape, robbery and other heinous crimes have been committed by indigenes in that country far long before and after the fall of the apartheid regime that opened the door to the influx of other nationals.

The sense of insecurity that drives the xenophobia in South Africa, however, speaks resoundingly about the abject failure of successive Black-led governments to redress the terrible economic and other imbalances inherited from the White racists. The problem advertises the failure of the native leadership to do right by the people. Africans fought for not only equal political rights, but also economic and social justice, most especially in respect of equal opportunities for all citizens regardless of birth and social status.

Black rule took off with the venerated presidency of Nelson Mandela in 1994. A quarter of a century after, the lives of the majority of the suffering blacks have hardly improved. Apart from political rights that allow the masses to vote into and out of power the small elite of influential and rich but largely parasitic African leaders, too little material benefits accrue to most black South Africans to make a noticeable difference in their lives. And statistics show that their condition is worsening. Statistics South Africa, a national data gathering agency, stated that between 2011 and 2017, three million citizens fell below the poverty line, and by 2017, 30.4 million, or 55.5 per cent of the 50.7 million-strong population lived on less than two and a half dollars a day. The World Bank Report (WBR) early this year revealed depressing details of the state of a majority of the people including a high level of unemployment [that] reached 27.7 per cent of the workforce in the third quarter of 2017. The document noted that ‘ an enduring legacy of apartheid…[and] race still affects the ability to find a job, as well as the wages received once employed’; ‘wealth inequality is …high and has been growing over time’; ‘inequality of opportunity measured by the influence of race, parents’ education, parents’ occupation, place of birth, and gender, influence is high’.

These negative outcomes are not at all what the massacres, the indignities suffered, and the sacrifices of Nigeria as well as other African countries were supposed to bring forth! There is therefore, one understandable reason that a disillusioned, poor and dispossessed people are perpetually on edge and would, albeit unjustifiably, visit their unhappy situation on hardworking and focused foreign nationals.

But who is to blame but their self-seeking, incompetent leaders! Leadership determines, for good or for ill, the fate and fortune of the land and its people.

In Nigeria, a self-seeking and incompetent leadership explains, more than any cause, the unceasing emigration of Nigerians to other lands. Even as Nigerians fleeing northward are dying in the Sahara Desert and in the Mediterranean Sea, so are those fleeing southward subjected to humiliation and violent death.

In sum, the real African tragedy now is that the continent’s two largest economies that should give hope to the Black Race and spearhead its advancement not only shamelessly advertise poor governance in all its ingloriousness, both are now like demented hens that violently consume and find their own offspring a wholesome diet.

There is a reason Nigerians are a special target of xenophobia in South Africa and even elsewhere. This country is, except for its disastrously inept ruling leadership, blessed with human and material wealth. Nigerians who escape this stultifying environment excel in other lands; the evidence of this abounds in large quantity. Success can, and does, provoke envy and even attack. But, on the other hand, no one can deny the excesses of a few Nigerians abroad. Besides illegally entering other jurisdictions, some engage in such terrible activities as human and drug trafficking. There is also the inexcusable arrogance of sorts with which some Nigerians conduct themselves in foreign countries, completely unmindful of the fact that the beginning of self-respect is to accord one’s host due respect. Neither a government nor a people would, tolerate irresponsible behavior that violates rules, ethics and culture. None.

Notwithstanding, South Africa is a nation under the rule of law. If anyone breaches the law, therefore, the criminal justice system exists to subject such a person to due process. It is disappointing, nay a shame, that since 2015 when the magnitude of xenophobic attacks began to rise, a South African government that repeatedly and seemingly deliberately shows itself powerless in the face of anarchy has merely reacted after much damage is done. Where then is the authority and power to maintain law and order, to protect the security and welfare of the local and foreign inhabitants within?

Also, the point cannot be too strongly made that Nigerians should be the last people to be disliked by South Africans. Nigeria and its people made sacrifices in every conceivable form to see a South Africa free of the cancer of apartheid. Thanks to Nigeria and other proud African countries, black South Africans can freely roam today as citizens and even vent their dissatisfaction! But in exercising that freedom, it is the worst form of ingratitude and display of a warped sense of history to get xenophobic against African nations and benefactors that were there when it mattered most. Even if younger South Africans don’t remember too clearly how the freedom they now enjoy came about, it is only reasonable to expect the older generation to bring it to their rapt attention.

It is gratifying that Julius Malema, the youthful and sometimes rambunctious leader of the Economic Freedom Fighters, a new political party, pointedly told his fellow South Africans that their anger is misdirected and unjustified. In this matter, ironically, his has been the voice of wisdom, expressing a sense of shame at the black-on-black destruction, adding perspicaciously that it is a form of ‘self-hatred’ that can only please and benefit known enemies of Africa within and without.

The initial response of the Nigerian government to the latest round of attacks on its citizens in South Africa was, to say the least, tardy and, until outraged Nigerians took to the streets, disgraceful. Vice –President Yemi Osinbajo would describe as ‘very sad and very unfortunate’ while President Buhari was reported to have instructed Nigeria’s foreign affairs minister, Geoffrey Onyeama, to summon and lament to the South African high commissioner the inhuman treatment of Nigerians in South Africa. It is arguable that if the government had issued a robust statement and taken vigorous diplomatic steps on the matter, the anger that triggered the attack on South African businesses in Lagos, Abuja and other cities could have been avoided.

Thankfully, a more appropriate strategic reprisal response came in the form of recall of the Nigerian High Commissioner and withdrawal from participation at some events in South Africa.

It is, of course, regrettable that Nigerians had to resort to such unhelpful measures as attacks on perceived South African businesses here even as the hint was loud and clear that no nation has a monopoly of violence.

It is now on record that the government of South Africa has repeatedly failed in its duty and as a member of the international community committed to basic protocols on the protection of foreigners within its jurisdiction.

It is worthy to note that Nigeria, in a Memorandum of Understanding, once proposed a number of measures, including an early warning mechanism, to prevent dastardly attacks against Nigeria. So far, the South African government has reportedly failed to sign the document because it is still being processed though consultations. This is disgraceful on the part of the South Africans and a betrayal of the spirit of brotherhood which all Africans share.

Suffice to say that discord between the two biggest economies in Africa will do no one any good but will indeed harm the continent, to the eternal joy of the detractors of the Black Race. Nevertheless, Nigeria is being taken for granted by many African nations and being treated with outright disdain by some. This is unacceptable. It is high time Nigeria, through its government, served a notice of determination to assert itself and put all the weight of its capabilities behind that step.

There is an urgent need to design a strategic countermeasure, that is immediate and impactful, to the persistent wanton assault on Nigerians in any jurisdiction around the world, especially in places to which Nigeria has been, and continues to be, in one way or another, a generous benefactor. 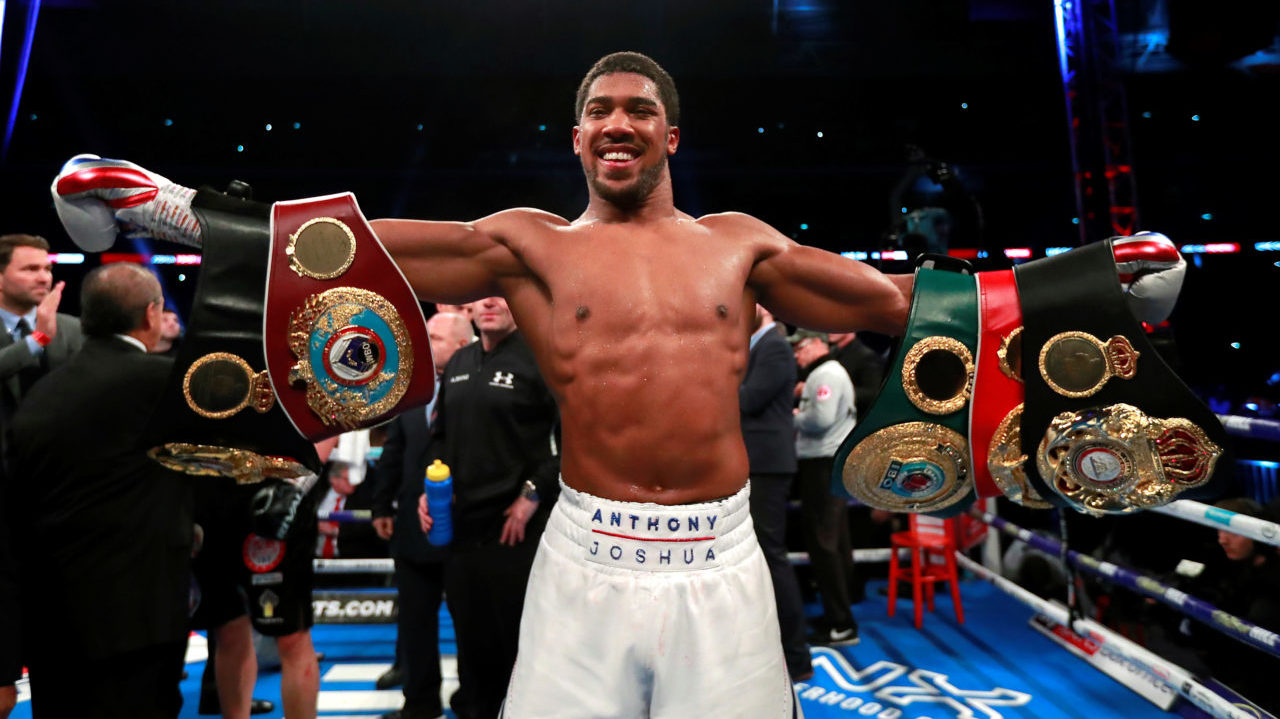