When will the Federal Government honour its own agreement with the academic staff of public universities in Nigeria? When will the academic staff too think out of the box called industrial action that has literally paralysed academic activities in Nigeria? When will governments at all levels pay attention to robust investment in education in the country beyond meretricious declaration of emergency on education? When will the authorities understand that there is a correlation between quality in education and spate of development? Finding answers to these questions should be part of the issues that should dominate discussion points on politics and development at this time. The nation should be tired of incessant strikes that have not solved any problems of education and development in Africa’s most populous nation.

In other words, the current industrial action by the Academic Staff Union of Universities (ASUU) did not come as a surprise given that the Union is virtually on standby to go on strike at the least provocation on account of the myriad of endemic problems plaguing the university system.

It is unfortunate as this newspaper always notes that efficient running of the varsities has been jeopardized: there is no sacrosanct academic calendar; low quality graduates abound; no student loan scheme to assist indigent students. More important, there is no evidence of serious investment in the universities that private and public sectors keep establishing.

Unfortunately, ASUU’s threats over outstanding issues with government have not been taken seriously, not even when they embark on trade dispute. The damage done by these incessant strikes has been unquantifiable.

How to resolve these lingering issues is what the government should endeavour to address, once and for all, to save the country from further embarrassment. The future is inexorably tied to education. This newspaper has repeatedly noted that only nations that do not want to develop would toy with proper education of its people, especially in this age of disruptive technologies that drive innovation and development.

The latest strike action, according to ASUU, is over the non-implementation of the Memorandum of Action (MOA) signed with the Federal Government in 2017.

The National President of ASUU, Professor Biodun Ogunyemi said the strike would cover both Federal and State owned universities. The institutions are already paralysed.

While briefing journalists after its National Executive Council (NEC) meeting at the Federal University of Technology (FUTA), Akure, Ogunyemi said all entreaties made to the Federal Government to honour the agreement with the union fell on deaf ears and ASUU has no other option than to begin an indefinite strike that was suspended in September, 2017.

The ASUU President said the strike would be total, comprehensive and indefinite until government fully implemented all outstanding issues as contained in the MOA of 2017 and also conclude the renegotiation of the 2009 agreements.

“We have been subjected to 20 years of continued re-colonization under alleged democracy in which all that the ruling circles have been regrouping among themselves in their various factions called political parties,” Ogunyemi lamented.

He said the release of a paltry N20 billion revitalization fund was depicted lack of seriousness as the same government released N1.3 trillion to revive and rename a distressed bank. This comparison is significant, in this regard.

Professor Ogunyemi said government was not interested in public universities as the children of the top politicians and rich men patronised private universities at the detriment of public institutions.

Certainly, lack of commitment on the part of government is at the root of the unending crisis. Otherwise, it is befuddling how government could be starving the varsities of funds while throwing billions on frivolous and uneconomic matters.

In all the strikes, ASUU wants to make a point which government doesn’t seem to understand. Government remains obdurate, an attitude that would naturally call for strikes all the time.

But for us in this newspaper, strike is not always the best option because of its collateral damage. The students lose. What about the society? The future is mortgaged in avoidable strikes. In the end, no one wins.

As intellectuals, ASUU should be thinking of alternatives. Since it was created more than four decades ago, strike has remained the only weapon of ASUU. This is not a mark of scholarship and critical thinking that the academia is noted for in global context.

Over the years, ASUU members have penetrated the government as many of their members have been holding top political posts as ministers, advisers, governors, lawmakers, etc. How has this affected the fortune of the influential academic union? Why have members in government been unhelpful?

In the main, ASUU needs to be innovative and resourceful at this time. They too need to learn new deals, unlearn anachronism and relearn new strategy for engagement in 21st century. There is a need for functional university autonomy to enable each institution run the way it chooses. A situation where all the universities go on strike at the same time and paralyse education is totally unacceptable. They too need to get cracking too with restructuring of the system of governance in the academia and ensure that unitary system of government too does not ruin the system, after all. All the universities in this kin of complex diversity cannot be dependent on a circular from the centre. This is disastrous reproach that they should fight too.

There is nowhere in the world where all the universities operate on the same standard. Differences exist and that is why there are Ivy League universities and all that in other climes.

ASUU is right in seeking for improved funding but that should not make all the universities to be going on strike all the time. This is destroying the education system. ASUU should think out of the box at this time.

In all of this, the political leadership appears anti-intellectual. This is not in public interest too. Most nations do not depend on mineral or natural resources. They depend only on their human capital. This can only happen where education quality is given priority attention in terms of investment, not just funding. The way all the state actors treat education in this country is deplorable. They need to renew their minds, invest in and respect teachers. They should not denigrate them.

The federal government and ASUU should have some constructive engagement with all the stakeholders, including parents to iron out these issues. Where this fails, ASUU should go to court to demand responsibility from government. But that should not cause paralysis in the university system in the country. 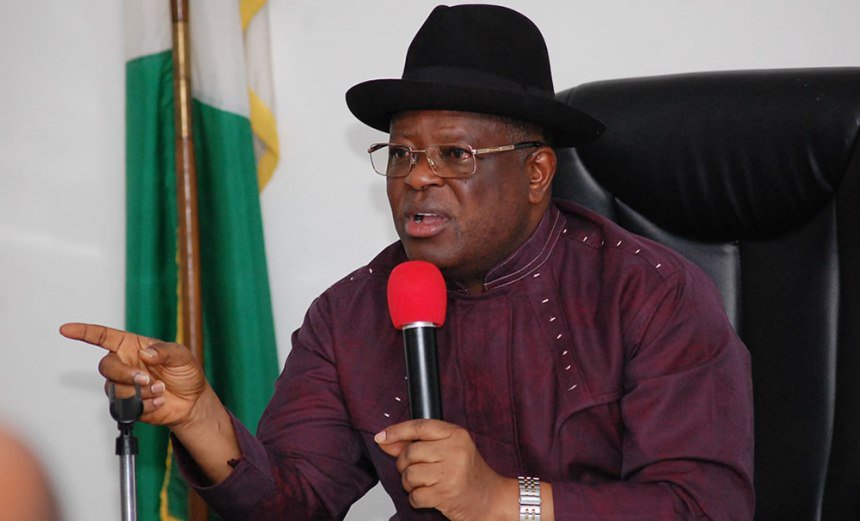