When Alicia Keys was seven years old and being driven home to the one-bedroom flat she shared with her mother, she glimpsed a group of sex workers standing on the street corner, their goose-bumped flesh exposed to the harsh air of a New York winter. “I slid down into the cracked leather seat and made a silent agreement with myself,” Keys recalls in her recent, bestselling autobiography More Myself. “I will never be in a situation like that. Half-clothed. Vulnerable. Powerless. Exposed.”

Twelve years later, when her debut album Songs in A Minor sold 12  million copies, won five Grammy awards and changed her life almost beyond recognition, this memory returned to Keys. After years spent practising on a neighbour’s piano and singing with friends, success had arrived suddenly: Keys’s voice pricked the ear of a manager who secured her a spot on Oprah Winfrey’s television show, which turned her into a star overnight. Record labels came knocking, as did industry bigwig Clive Davis, one-time mentor to Janis Joplin and Whitney Houston.

But Keys was young and alone in the wild so when, while shooting her first major magazine cover, the photographer asked her management to leave the room before cajoling her into shedding her clothes, she did as she was told. Then she went home and burst into tears. The day the magazine hit the news-stands, Keys felt ashamed of its overtly sexual cover image – and renewed her childhood vow: “to never again let someone rob me of that power.”

Out soon, the singer’s seventh album, Alicia, represents the keeping of that promise. Both affecting and assertive, it charts her 20-year refusal to relinquish her individuality to an industry that had little idea how to market a young black girl who knew her Chopin as well as her hip-hop, and who wielded a voice far more powerful than her frame.

Over the past two decades, Keys has shunned dresses for trousers and princess curls for braids, abandoned a six-figure record deal in order to produce her own songs and, most recently, refused to wear make-up on the red carpet. She has also picked up 10 further Grammys and had nine UK top 10 hits including Girl on Fire and Empire State of Mind.

“Alicia is my most truthful, authentic album,” Keys tells me when she calls, via Zoom, from her car in Los Angeles, her serene, golden face pressed up against the screen. In its 15 tracks of typically assured R&B, Alicia touches on everything from love, loss and friendship to Black Lives Matter. It culminates in Perfect Way to Die, a deeply moving song dedicated to recent black American victims of police brutality.

“It was,” says Keys, “the most chilling song to sing.” On the day we speak Jacob Blake, a black man from Wisconsin, is shot seven times in the back by a white policeman and left seriously injured. “I mean, why does this song exist, why is it still relevant and how is it even more relevant today than it was yesterday and will be even more relevant tomorrow than it is today?”

When the initial wave of BLM protests was sparked in 2014 – by the killing in Missouri of Michael Brown, an unarmed black 18-year-old, by a white police officer – Keys was approaching her due date for her second son, Genesis (she and her husband, music producer Swizz Beats, also have a nine-year-old son called Egypt). Was she anxious about bringing a black baby boy into such a hostile world? “It was terrifying,” she says, slowly. “Am I concerned [for my sons]? Yes. Is that a terror? Yes. Is that horrifying to be even considering?

“That a child even has to think, about the police, ‘Is that a good guy or a bad guy?’ is crazy. There are plenty of honourable police, but to have to train yourself to think that nine out of 10 times it’s not going to go well… wow.”

As a child, Keys once asked her Irish-Italian mother, a jobbing actress and legal assistant, why their skin colour differed. Has she had similar conversations about race with her two sons? “My youngest, Genesis, has been asking me a lot of questions recently, questions I would once have tried to find a way out of answering when talking to my eldest, Egypt,” she says. When Egypt was six, she tells me, he asked about the N word – a word Keys, unlike many other black musicians, refuses to use and does not allow to be spoken at home.

Keys has often been referred to as one of the first “woke” celebrities: her 2016 album Here tackled everything from addiction to global warming. On Alicia, two of the catchiest songs – written a year before the current pandemic – are dedicated to the efforts of key workers: Underdog and Good Job. I ask her how she feels now the word “woke” has become a term of ridicule; used to bash soft-hearted millennials whose idea of activism begins and ends with a tweet. She bristles, her easy grin dissolving rapidly. “First of all, I despise the word celebrity, to me it’s such an empty word,” she says, curtly.

“And second of all, this idea that people who might be well-known are not supposed to be intelligent or thoughtful or interesting is a misconception and demeaning. People who tell artists or athletes who are very outspoken politically to just sing their song or just play their sport, it’s so rude,” she says, no doubt alluding to the Fox News presenter Laura Ingraham who, in an interview with LeBron James, told the NBA basketball player to stop talking politics and simply “shut up and dribble”.

“Anytime anyone says that, I say f--- you. Because that’s what is wrong with America in a lot of ways, this idea of staying in your lane. And if we’re not involved in politics then that’s how crazy people start running things.”

While Keys is famously guarded about her private life, she has rarely shied away from politics. She performed at both Barack Obama’s inauguration and during Hillary Clinton’s election campaign – and has spoken out in support of the Black Panther Party. A chapter in her autobiography is devoted to the shock she felt upon hearing Donald Trump had won the US presidential election in 2016. When I ask how she feels when she considers the possibility of him winning a second term, she neatly places a middle finger horizontally across her forehead and grimaces. “I refuse,” she says, finally.

“It can’t happen. We are on a precipice again, and America has a sickness,” she adds, before gently nudging me away from the topic. “We would need a whole other interview to get into all of that…”

Instead, we circle back to the subject of motherhood, and Keys’s eyes light up. Pregnancy takes up a large part of her memoir: she reveals that, when she first discovered she was pregnant with Genesis, she considered having an abortion. The experience was not an easy one for a woman who had once been told by her own mother that she had considered aborting her. “And there’s every reason why she should – she was scared, she was alone, she was in a city on her own, she was struggling financially,” says Keys, whose father, with whom she is now in touch, works as a flight attendant. “It wasn’t the prettiest love story.”

Keys’s achievements are not limited to music: as well as the memoir, she has published a book of poetry, appeared in two Hollywood films (The Secret Life of Bees and Smokin’ Aces), is about to produce a Netflix romcom and, in 2018, co-founded She Is the Music, an organisation set up to highlight and help eliminate gender bias in the music industry.

Her efforts aside, does she see the industry getting fairer? “Not really,” she admits, with a wry smile. “It’s always been about the dollar. So if you’re making someone money, then there is all the respect in the world.” She sighs. “You know, I just can’t wait until we’re really able to look at each other as human beings. To really see each other. I mean, is that so much to ask? Is it really that hard?”

Alicia (RCA) will be released soon 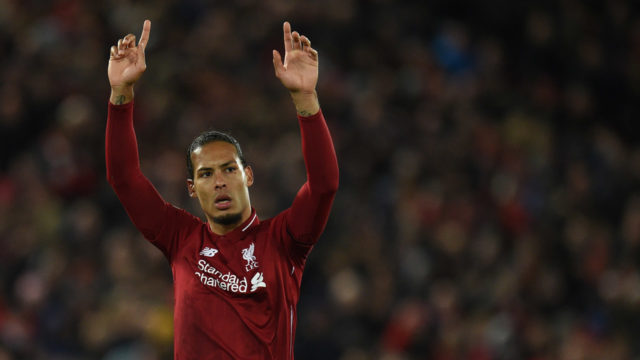