West Ham’s Carabao Cup tie against Hull was allowed to go ahead on Tuesday night despite the Premier League club’s manager, David Moyes, and two of their players being sent home after returning positive tests for Covid‑19 70 minutes before kick-off at the London Stadium.

Medical officials from both clubs agreed to let the tie take place in line with health protocols and in consultation with the English Football League after Moyes, Issa Diop and Josh Cullen received their results.

None of Hull’s players had been tested. There was surprise when West Ham, who will face Everton or Fleetwood after reaching the fourth round with a 5-1 win, said the League One club had declined their offer to pay for tests for their team.

West Ham arrived at the ground around two hours before kick-off and Cullen, 24-year-old midfielder, and Diop, a 23-year-old defender, were in the starting line-up.

Alan Irvine, Moyes’s No 2, said there was shock when medical staff announced the positive results at 6.20pm. West Ham were forced to change their team, with Harrison Ashby and Jack Wilshere coming in, and Irvine stood in for Moyes on the touchline.

“We were in the same area as David,” Irvine said. “We weren’t sitting beside him. It was a big room and that wasn’t an issue for any of us. We were shocked by the news, because we have had so many tests and not had any positive. We do know that [some] tests are not completely accurate so we will wait and see what happens.”

West Ham’s players and staff were tested on Monday and those who had returned negative results did not need to isolate. Social-distancing measures were in place before results were received to minimise the risk of spread and Moyes, Cullen and Diop, who are asymptomatic, will follow government guidelines by self-isolating for 10 days. According to the Athletic, Arsenal have returned no positive tests after facing West Ham last Saturday.

The EFL said: “The League was made aware of a number of positive test results. Those individuals affected are now following the relevant Premier League and Public Health England advice and guidance and we wish them a speedy recovery.

“That guidance permitted the match to go ahead as planned but not before the two clubs’ medical teams, in conjunction with the EFL’s medical advisers, agreed all relevant protocols had been followed and both teams were comfortable in continuing.”

Testing is not mandatory in the EFL, whereas it is in the Premier League.

Tottenham had paid for Leyton Orient’s players to receive tests and their third-round tie, due to take place last night, was called off when the majority of the League Two club’s first-team squad returned positive results. However, Hull rejected a similar offer from West Ham, whose players and staff will be tested again before Sunday’s league game against Wolves.

Moyes, who is 57, will not be able to take training until his quarantine ends. “I am quite sure he will be in touch with us,” Irvine said. “It’s one of these situations that it could come back as false positive.”

West Ham announced the results 13 minutes into the game. “The club’s medical team were informed of the test results as the team were at London Stadium,” the club said. “The manager and both players immediately left the stadium and have returned home.”

Grant McCann, Hull’s manager, said nobody representing the visitors came into contact with Moyes, Cullen or Diop. “We found out an hour before the game,” he said.

“We are happy we followed the EFL protocols and West Ham were adamant on that, so we were comfortable to play the game.

“The players knew before the game. The players are not silly. Once we got here we had to follow the guidelines.”

Despite the disruption, West Ham dominated on the pitch. Robert Snodgrass opened the scoring with a fine volley, while Sébastien Haller and Andriy Yarmolenko both scored twice. Mallik Wilks grabbed a consolation for Hull. 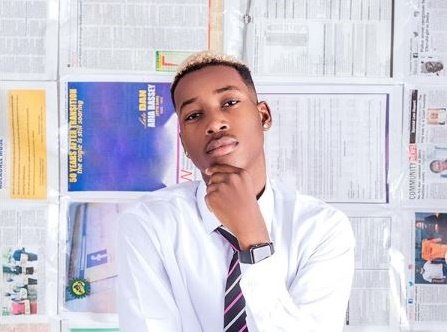